Ever since I’ve landed in Kuwait, I have taken it upon myself, to find good food in this part of the world. Its natural, I guess, to look for food in a new place and I have to say, that I really wanted to try the waffles at Waffle and Steak.

That being said, imagine my disappointment when I was told that no waffles were available for that day! BUT – they totally made it up by serving the yummiest, fluffiest, melt in your mouth pancakes! They were delicious and I am a FAN of those lovely pancakes 🙂 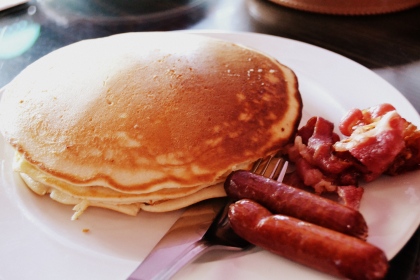 Its possible that I was starving, when I reached the place, but I’m pretty sure they are good. My son seemed to enjoy them a lot! hes’s quiet picky when it comes to food, so I was happy he didnt pull a new face at them!  So PLEASE do yourselves a favor and head over to Waffle and Steak. I hope they are still making pancakes the same way they did, two days ago. 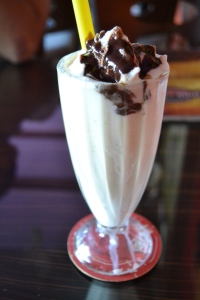 I also tried the vanilla milkshake, it tasted good but I felt like it was a bit too cold, to be able to tell the taste properly :p But its definitly better than a few disappointments I’ve tasted in several other places. 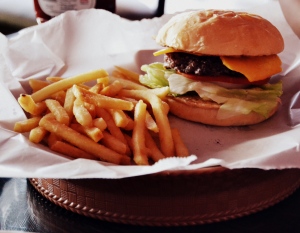 This is  what my husband ordered, and I have no clue what it tasted like, but he told me it was good. I did however, notice, that the burger was not quiet as big as, say Burger King, but it was medium sized. I personally feel that’s a good thing.

Also, I was extremely disappointed in the- Good Morning America- breakfast platter. I later realized that I should’ve gone for their Traditional English Breakfast, like I had initially planned to.

I also found a little bit of IKEA in their decor 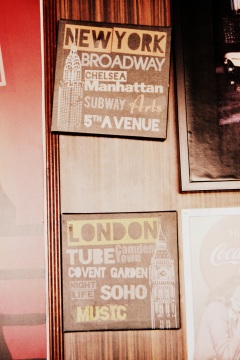 I love IKEA so that was good. Plus there was also this cool Diner sign I wanted to take home with me, but there were way too many people there, at that time. 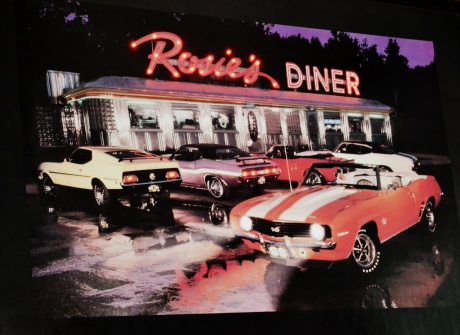 Maybe when no ones looking ….

All this talk about food is making me hungry! Maybe I should go get some pancakes…